We are pleased to present the first release of our Tangents CD Series from Nicholas Szczepanik entitled Not Knowing. Originally released as an 18 minute piece for the Ante Algo Azul series, Not Knowing has been expanded to a 53 minute masterwork. As each minute of the work unfolds, the music blossoms and the petals unfurl to reveal a constant and evolving beauty. A slow and steady throb lulls the listener into a soft molasses; a spark is ignited, becomes a glimmer, before turning into an all-encompassing radiant glow. Dedicated to Eliane Radigue.
Not Knowing originally took shape as a shorter sketch released as part of the Ante Algo Azul series in 2011. After much deliberation between 2010 and 2013, the version presented here is as close to finished as I could reach. The piece was formed as a direct response to the haven not sought but found in Eliane Radigue’s music. In particular, L’Île Re-Sonante helped me get through a necessarily rough patch of what we tend to call life.
I am indebted to Michael Vitrano for liking the music enough to see this release through. The cover image is from painter Elizabeth Huey’s found photo collection. Layout and design were done by Chris Koelle and J. Aaron Greene. A special thank you is reserved for Emmanuel Holterbach. As always, I thank you for listening. – NS www.desirepathrecordings.com/

Romantic in tone, Not Knowing freely opens itself up, blossoming into the sweetest of ambient-tinted kisses. In this state of contemplation, of reflection, you can only surrender yourself to the sound and the beautiful bliss that lives inside. It is an invitation that you’d do well to accept.
Originally released as part of Ante Algo Azul, Not Knowing has been given a makeover, stretched from its original 18 minute length into a full 53 minutes. The piece, dedicated to French composer Eliane Radigue, is brave in the face of struggle, kissing the music with lips that daydream of a better life, sunshine and serenity sinking into the eyes until the reflected light drips like mascara rain. The ambient strings ooze in and out of the music, lifting the melody high in what is a beautiful orchestral swell, before they once again depart, leaving golden tails behind them.
You’ll find paradise, but at first it seems a long way off; the dreamy ambient texture promises to arrive, but the opening low, thick rumble seems to suggest a wrong turn and threatens to outstay its welcome, lasting for the first 10 minutes. Wait patiently, and the unveiling will come. The vibrations radiate outwards and help to soothe, thawing away the harsh blade of the world with its musical massage. On the other hand, the opening minutes can be quite a struggle for those uninitiated to the ambient genre. The payoff is more than worth it, though (as is the case with many a drone). The quiet, subtle opening is needed to build momentum and acts to sustain the listener for a longer ride.
Once the melody enters, everything else is soon abandoned, leaving you to sink deeply into a state of complete calm. The loop sways in volume as if on the whim of the wind-swept breeze. You know that it will return at some point, and her return is eagerly anticipated, like that of a lover returning home or the relief and joy at finally being reunited. The strings move slowly, in love with the thought of romance and the sentimentality that comes with it. They speak of red roses and passionate bonds, pastoral ways of life, a loving touch and the purple-pink bruise of the early evening light.
Later, a sweet choir of angels come to keep watch, guarding over you. Beautiful ambient textures soak themselves in a gorgeous harmonic honey that constantly twists and shifts. You could never tire of this. It is a mature and restrained piece of music, but the underlying drone is still allowed to flow purposefully. Nicholas Szczepanik is well-versed in ambient music, with each release marking a new high in terms of quality and musicianship. However, Not Knowing truly pierces the heart. Szczepanik then reels us back in, inverting the process and the journey that we’ve been on, bringing back the early dawn and the throb of the vibration, ready for a new season and another listen; patiently waiting for the cherry blossom to fall again. - James Catchpole

Not Knowing is a single, continuous piece of music that undergoes an amazing transformation. Throughout its 53 minutes, the music alters itself, finding a way to constantly evolve. The longer the piece progresses, the longer the calm lingers. At first, a low rumble purrs against the side of the music, humming at a deep, deep sub-level; the underground parking lot and its intermittent lighting pulsates against a black backdrop. It is instantly mysterious and alien in sound, which isn’t a particular feature in Nicholas Szczepanik’s music. Despite the early vibrations it’s a relatively smooth ride, and there is a sense of continual movement within the low thrum. It slowly soothes and becomes beautiful in its own way, massaging the ears and the mind as the piece starts to unfurl.
Dedicated to Eliane Radigue, Not Knowing was released as an 18 minute piece under Szczepanik’s Ante Algo Azul series. However, Szczepanik has decided to stretch and further expand the piece, and with this increased length a beautiful remnant becomes a towering statue.
Higher frequencies rise out of their slumber, glowing with some kind of eerie light that aims to settle the listener into a trance, dropping even deeper into the music before the eventual stunning awakening. The anticipation is there, as is the throbbing tension made known by the deep purr of the bass. As the first melodic blossom emerges, we see the opening of spring’s petals, unravelling before our eyes and layered in warm arms of sunshine. Despite the warm rays, the ambient harmony is prone to the thin, susceptible cool of the breeze that announces the dying breath of winter.
And then we are set adrift, left to float in the glorious burst of light that only the wonderful release can bring. Beautiful, fragile strings sit in the deep end, dripping with a creamy tone and yet thin enough to rise through the underlying layer of ambient drone. It has a soft romantic air, along with a gentle and loving touch. This new haven, the one that we’ve found, has the colour of gentle peach and vanilla, the sunshine of the swell indicating the presence of solace. And although the strings are elegant – their classical nature brings some finesse – they sway and coalesce inside the vortex. Like one of those overly sensual commercials for ice cream or yogurt, the music is an alluring, sentimental mixture. As the perfumed harmony swells, you can feel the release of pressure, the tranquillity of weightlessness and the brighter, airy hope for tomorrow.
We are back safely inside the ambient dream. The golden harmony fades away as if soaked by a sudden downpour of rain, but it always returns. An almost angelic strand of melody descends over the music, covering the original melody with a clean, enveloping purity and wrapping it in sheets of white. It expands further, escaping the pressured pull of gravity, propelled into the cosmos. The opening vibrations may just as easily have been rocket thrusters departing to a strange paradise. By this stage you are most likely breathless, despite the slow-moving panorama. The strings then virtually disappear, returning to the ether from where they came.
The drones, transcendent in tone, sing of massive stars and pillars of tinted dust, hinting at something wider, greater, outside of our peripheral vision and perspective; perhaps a different dimension. At its end, the chiming drone is all that is left. The music closes in on itself, the universe inhaling and sucking itself back inwards until it resembles a miniscule point of distant light.
At some indeterminate point – you’re unaware of exactly when it happens – the vibrations come back, creeping in to reclaim everything. - James Catchpole 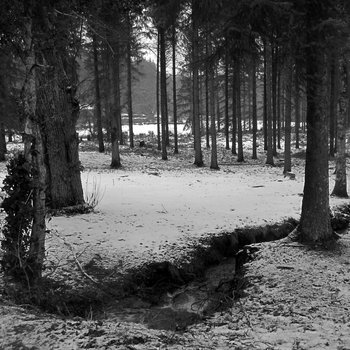 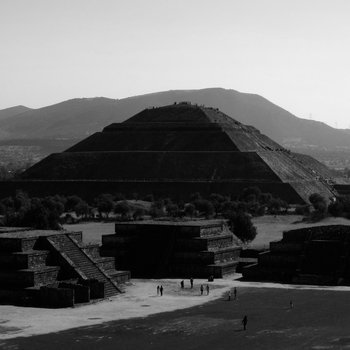 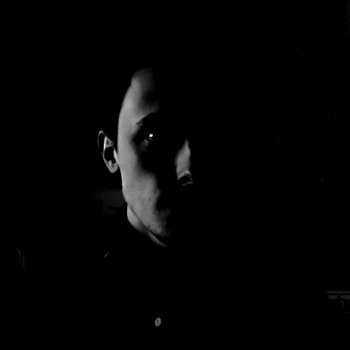 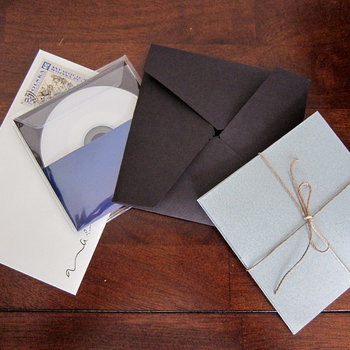 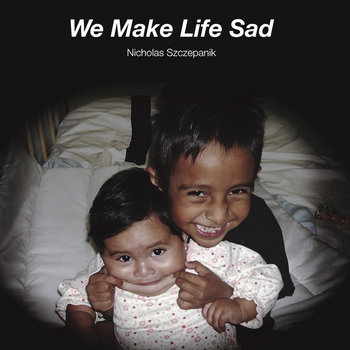 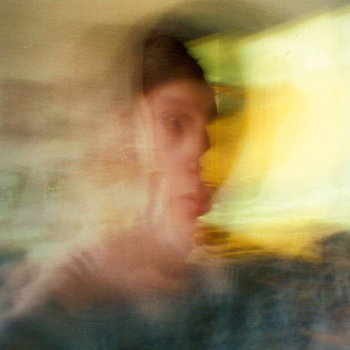 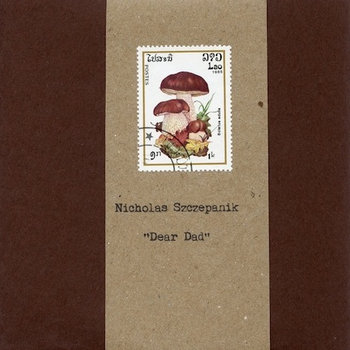 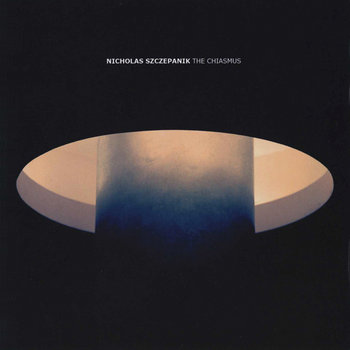 
Nicholas Szczepanik has made quite few long form drone pieces thus far in his career. Just reading his discography, it’s clear by the length of the pieces he’s released that he’s made a concerted effort to master these longer narratives. “Entre los Arboles” is his latest entry and it shows his efforts to work toward that level of mastery have paid off in spades.
Broadly speaking, the challenge with longer form instrumental pieces is that the pacing has to be just right. This is particularly true if they are ambient or drone pieces where a sort of mood or feeling is expected to be elicited by the music. Move too fast and the aspects of the music that allow it to simply wash over and encompass you are risked by the jarring movements. Move too slow and your whole narrative risks stasis – and while it might be dulling for a while, there’s a good chance repeated listens won’t be favoured by the listener. The thing about Szczepanik’s work for the last few pieces he’s released is that he has demonstrated an understanding of pacing and calculated movement time and time again. And while 20-30 minutes may be considered long form by some, Szczepanik’s works often cross the 40-50 minute marks.
“Entre los Arboles”, which translates loosely to between the trees, is a a piece that thrives on tension from its opening notes: the highs seem static, almost threatening movement at any moment, and the lows grumble along. It’s an ominous start to things. But as new figures and forms enter the equation weaving themselves in between those highs and lows, there is never a complete sense of comfort. One can almost sense that when Szczepanik refers to being “between the trees” he is likely referring to being lost in those trees rather than, say, enjoying a nice walk on a winter’s day. Yes, the music offers an ethereal sense of beauty, it’s just that it demands the listener stay on edge all the while.
On Szczepanik’s Bandcamp page he makes a point of noting that while the length of “Entre los Arboles” qualifies it as a full length album, he doesn’t view at as such – it is a single long form drone in his eyes. It’s an interesting notion to resist that what is deemed a full length is not determined by the amount of time it lasts bout rather the ideas therein. Maybe Szczepanik feels that there is not enough movement, enough parts to add up to some larger whole, for Entre los Arboles to qualify as an album proper. But whatever it lacks on big ideas and bold strokes, it more than makes up for with its sustained sense of mystery that keeps the listener dialled in for the full 45+ minutes. And with the level of mastery he’s shown with these long form drone pieces, it’s more than enough to get any fan of drone music eager to hear what he has in store for us next. - Brendan Moore  www.fluid-radio.co.uk